Where to play Brisbane Indoor Netball?

Whether you’re a star centre who used to play representative netball in high school or a beginner who is keen to try out something new, these are the best netball comps around Brisbane to get you back into the game.

There are low-pressure social games for mixed teams that run year-round, and other more competitive competitions if you’re looking for something a little more serious.

Some are also happy to help individuals join or form a team. Do plan ahead, even if you’re shooting solo.

Social netball is a great way to stay fit, meet some new friends and have fun in the evenings after work or study.


Brand new to netball? Here are the basics:
+ Each team has 7 players.
+ Each player has a designated positon which is displayed on their bib/dress which restricts which part of the court they can plan in.
+ The court is divided into thirds, with a ‘D’ at each end.
+ Play starts with the centre pass. The centre pass alternates between teams, no matter who scored.
+ You cannot step or run with the ball, you must catch the ball, stop, and pass it on within 3 seconds. If you step with the ball, the opposing team will be given a free pass.
+ Netball is a non-contact sport. If you contact a person or the ball while someone is holding it, the opposing team will be given a free pass and you must stand out of play.
+ In order to defend a person with the ball, you must stand at least 3 feet away from them, otherwise you will be penalised for obstruction.
+ The team with the highest score at the end of the game wins!

Find all of the Brisbane Indoor Netball competitions here.

2km North of the City

Where? The competition is played at Nissan Arena – the home of the Queensland Firebirds which is in the suburb of Nathan on Brisbane's southside.
‍Who’s playing? This competition is a little more serious than some of the others, so it’s best if you have some prior netball experience (although it’s definitely not mandatory). You must be at least 14 years old to play in this competition.
‍How much does it cost? $300 per season per person, or $2,185 per season for a full team.
‍Competition length: 16-18 weeks (including finals).
‍Level of competition: There are six divisions to be graded into. You can play socially amongst friends or together within a higher division suited to competitive expectations.
‍Men's/Mixed/Ladies option: Games are played weekly with the option of Monday night (ladies and mixed), and Wednesday night (ladies) competitions. 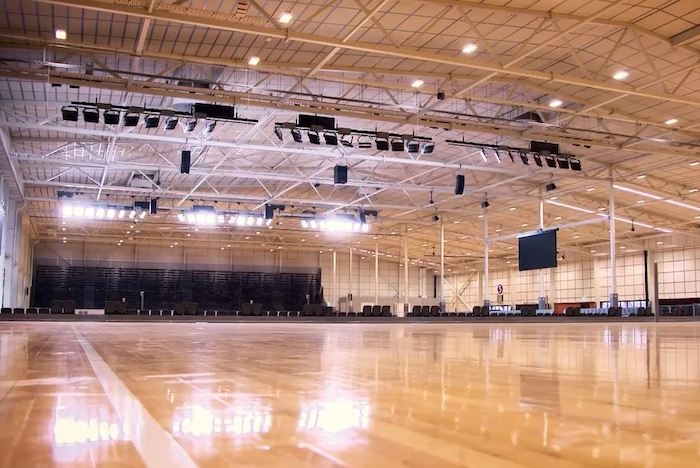 Where? Located in Coorparoo in Brisbane’s southeast. Keep in mind, because the court is completely surrounded by netting, there is no 'out-of-bounds', adding a dimension and tactics not available to traditional netball.
‍Who’s playing? Predominately young professionals.
‍How much does it cost? $16 weekly game fee (per person).
‍Competition length: 14-16 weeks (including finals).
‍Level of competition: Teams are graded into different divisions in the first few weeks of play.
‍Men's/Mixed/Ladies option: There are ladies competitions available on Mondays, Tuesdays and Wednesdays, and mixed competitions available on Mondays, Tuesdays and Thursdays. All games are played in the evening. 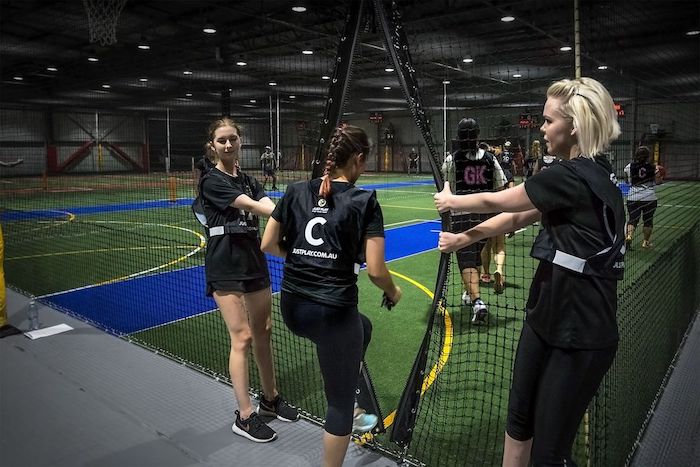 Where? Games are played at the Albion Indoor Sports Centre on Brisbane’s Northside. Like the location in Coorparoo, this competition has nets and is therefore a little different to traditional netball with boundary lines.
‍Who’s playing? Mainly students and young professionals. Beginners are welcome, but there is also a ‘superleague’ competition for those with more experience.
‍How much does it cost? Match fees are $105.00 per team per game. If teams pay upfront at the beginning of the season, the insurance fees will be waived.
‍Competition length: 14-16 weeks.
‍Level of competition: Beginner, intermediate and advanced. Grading games will determine the appropriate division for your team.
‍Men's/Mixed/Ladies option: There are ladies and mixed competitions (teams must have 2 or 3 males to play in the mixed competition. Games are played Monday to Thursday night (6pm - 9:30pm), as well as on the weekend. 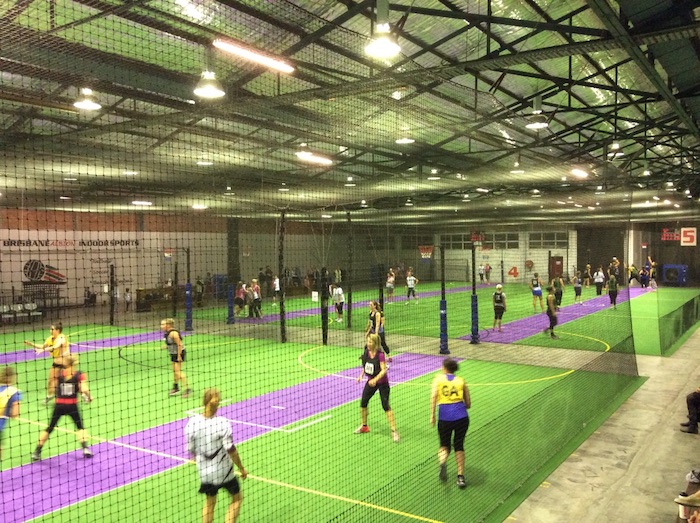 Where? Located at the outdoor netball courts at The University of Queensland, St Lucia.
‍Who’s playing? While UQ university students make up the majority of players in this competition, anyone is welcome to play.
‍How much does it cost? $150.00 for a season per person if you’re a UQ Student, or $165 per person if you’re not enrolled. If you sign up as a group, the total cost to split between the team is $900.00.
‍Competition length: 1 semester (approximately 12 weeks).
‍Level of competition: If you are in a league with 11 or more teams, the first three weeks of your season will be grading weeks. After this period, teams are put into divisions and then the next four weeks will consist of regular-season games. The final three weeks of the competition are finals.
‍Men's/Mixed/Ladies option: There are mixed and ladies competitions available from Monday to Thursday (evening games). 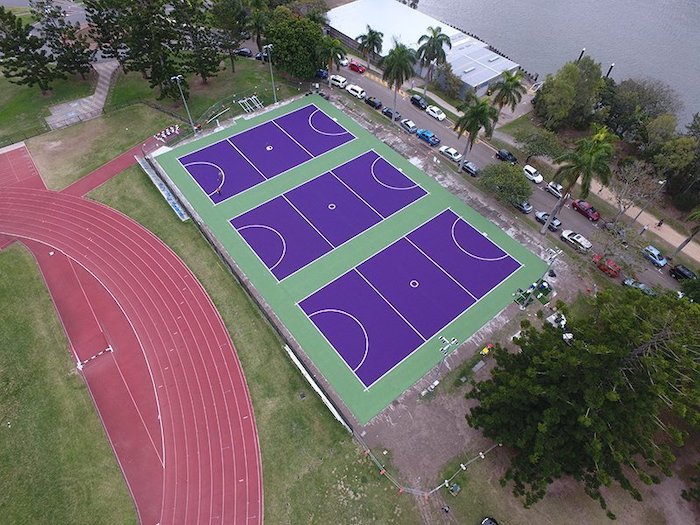